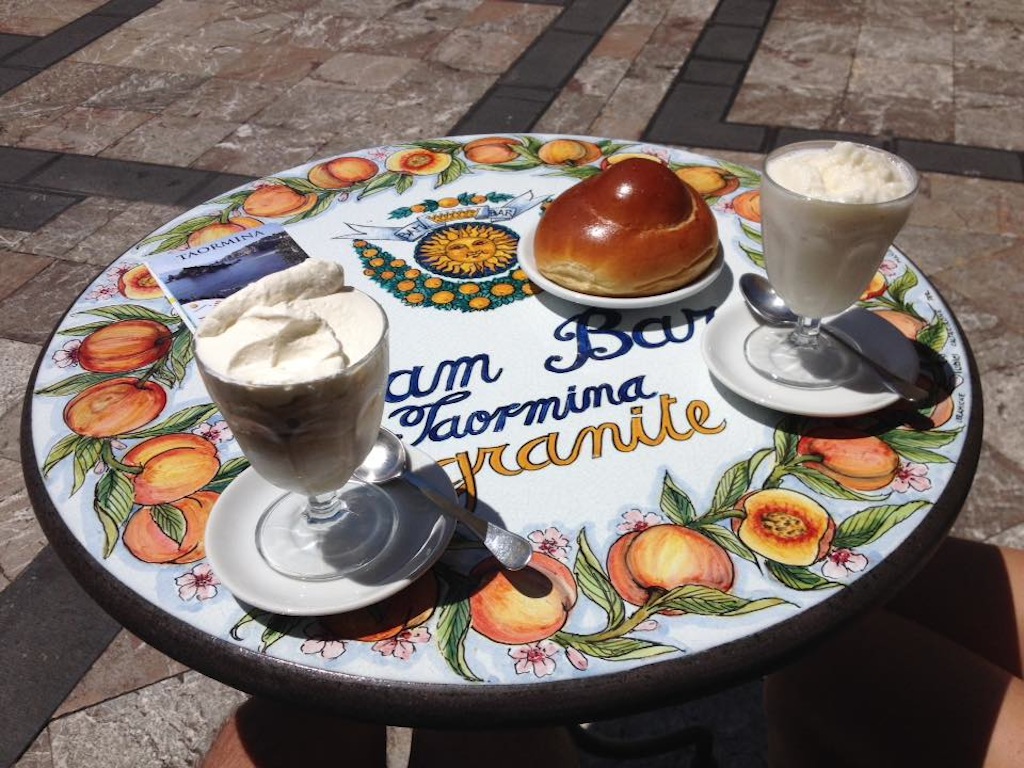 Granita is one of the typical desserts of Sicilian cuisine, often considered the mother of all slush then spreaded in the South up to the North Italy.

The granita is very different from other slush because the mixture of water, sugar and fruit is frozen slowly and never completely, continuously stirring the mixture so as to form a dense and creamy pap which is the peculiar characteristic of the Sicilian granita.

It is prepared with lemon, but also almond, strawberry, pistachio or coffee, and is eaten with bread (now replaced by the brioche) especially at breakfast or as a snack, and never after a meal.

Depending on the area there are numerous variations of the Sicilian granita, two goodies, included in the list of traditional Sicilian food products, are the granita to blacks mulberry trees and the almond. But you can also find the granita to the prickly pear, the jasmine granita, chocolate granita, the fishing granita, mandarin or pineapple.

History and tradition of the Granita Siciliana

Most likely the recipe of the Sicilian Granita comes from preparation of an Arabic drink: the sherbet, fruit juice flavored with rose water and then frozen, which the Sicilians learned during the era of Arab colonization of the island.

Traditionally the Sicilian granita was prepared using the snow collecting on Etna or on other Sicilian Mountains (Nebrodi, Peloritani and Iblei), loading it in special stone holes inside natural caves to maintain a cool temperature.

Snow, well preserved, used to turn into ice and during the summer it was picked up by scratching it off the surface of the ice sheets formed, adding salt so as to keep the temperature low.

Then, a steel container used to be placed into a small well created with snow and salt, and inside it the granita was prepared by turning it all the time.